Whenever I’m in England, it always feels a little odd seeing a billboard advertising something I typically only associate with America: McDonalds, Taco Bell, Dunkin Donuts, TGI Fridays, for instance. None of those businesses existed in the U.K. when I left the country 30 odd years ago and I have to wonder what was wrong with a Wimpy’s beef burger, or a cream filled pastry from Tucks? And surely fish and chip shops provide a far healthier eating alternative to the fast food chain store offerings?

Now it appears that another symbol of Americana has traversed its way across the pond: Thanksgiving. According to a 2014 report published by Waitrose, one in six Brits are now feasting it up American style on the fourth Thursday of November, and last year the up-scale supermarket’s November turkey sales saw an increase from 2009 of 95%.

This new trend to celebrate Thanksgiving could, of course, be the Brits way of showing delayed - by several centuries - support for their persecution of the Pilgrims. I think though it’s more likely to do with them embracing another American ritual: Black Friday. The bargain hunter’s shop-fest that this year was predicted to put two billion pounds into the coffers of U.K. merchants.

Black Friday shopping was first introduced in the U.K. in 2010 by Amazon, but it didn’t pick up steam until 2013 when Walmart subsidiary ASDA launched a major ad campaign promoting the bargains to be had. John Lewis, an upmarket department store, followed suit and by 2014, Black Friday was well and truly adopted by price savvy British shoppers. Thanks to the internet, they could not only snag a deal on-line, but were also able to pick up some tips, courtesy of YouTube video clips, as to how to conduct themselves once the store’s doors were opened. The results were not pretty. 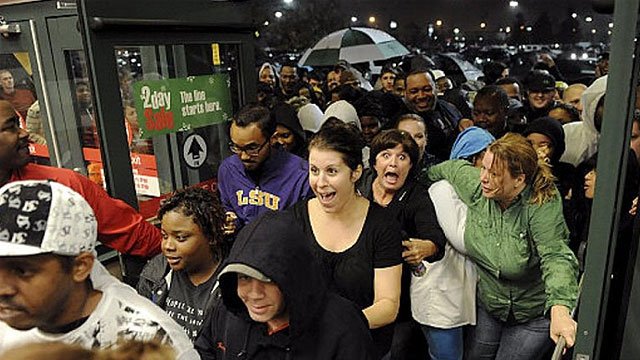 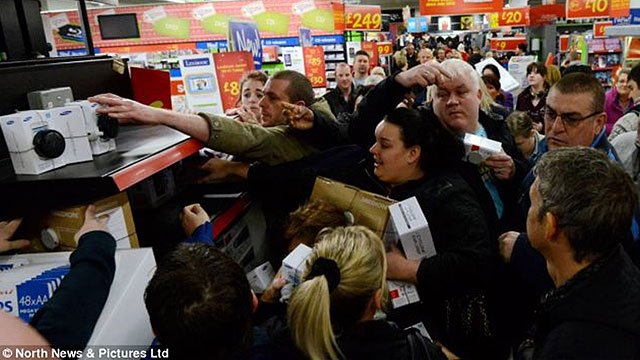 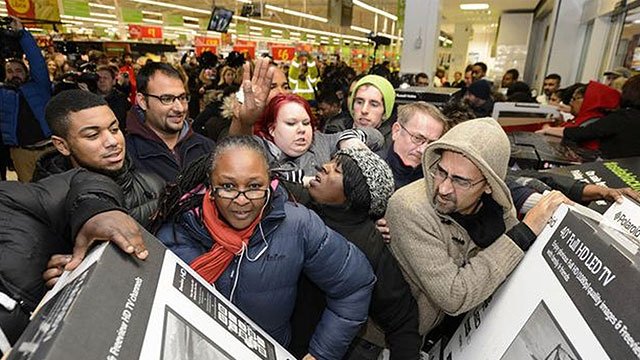 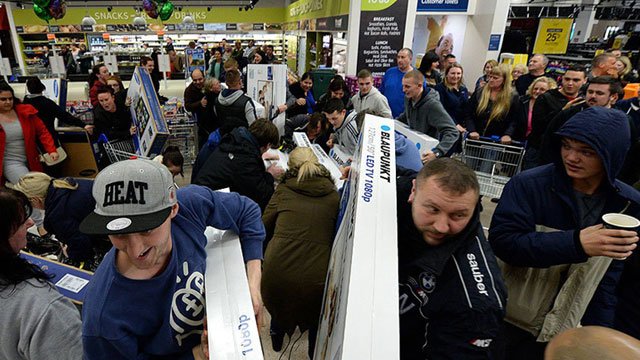 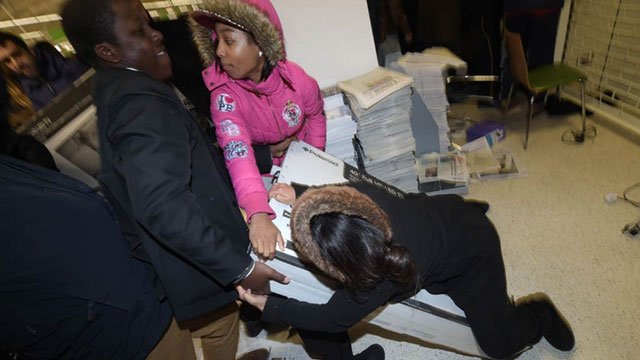 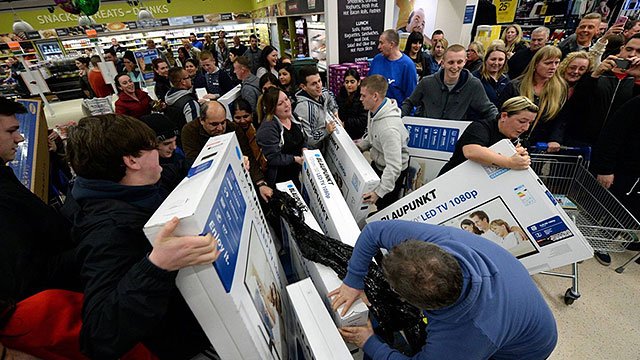 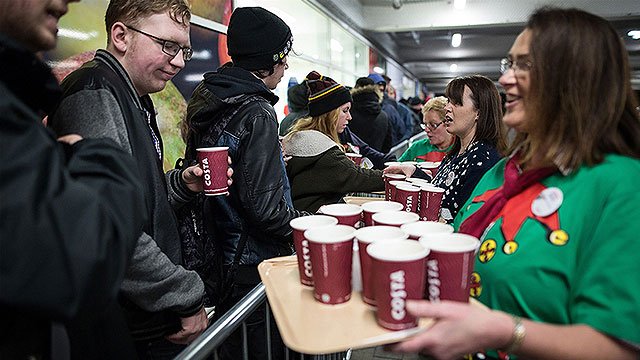 According to Greater Manchester Police deputy chief constable Ian Hopkins, 2014 Black Friday shoppers behaved in an “appalling” fashion; a sentiment echoed around the country as police forces were called in to keep the peace. Pity poor oblivious shopper, Jamie Hook, who wandered into Tesco on Black Friday eve last year to do a bit of supermarket shopping and found himself caught up in what sounds like a veritable tsunami. As he told the BBC there were “people climbing over shelves and displays, staff running for cover, fights breaking out, stock flying through air, people breaking through carrying televisions-and this was before the sale had even started.”

This year the chain store that sells everything from toilet paper to televisions, closed its doors from 10pm to 5am, beefed up its security, increased its inventory and implemented a queueing system that only admitted 10-20 people into the store at a time. For those left standing in line, there was Christmas music, free coffee and complimentary mince-pies. Orderly queues and free food. A British shopper’s dream. Well done Tesco. Now about that President’s Day you’ve heard of...