One of the things I miss about being in England on Christmas Day is the three o’clock hour. After the pulling of the Christmas crackers and before digging into the turkey and trimmings. That’s when we traditionally give the Loyal Toast. A salute to Her Majesty Queen Elizabeth II, following her Christmas Day broadcast, which since 1932 when King George V delivered the first Christmas Day message over the ‘wireless’, has been an integral part of the day’s celebrations all over the Commonwealth.

That first speech, which launched the Empire Service (now known as the BBC World Service), was broadcast from the King’s small office at Sandringham – the Norfolk estate where the Royal Family spends Christmas. It was written by one of England’s most popular writers and poets, Rudyard Kipling.

"I speak now from my home and from my heart to you all,” began the speech, “to men and women, so cut off by the snow, the desert, or the sea, that only voices out of the air can reach them.”

Did I mention Kipling was a poet?

Despite his initial reservations, King George was so impressed with the reaction of the broadcast’s audience of 20 million, that he delivered a message every Christmas Day until his death in 1936. There would be no broadcast that year. Instead, on December 11th, George’s successor, Edward VIII, delivered his abdication speech in which he declared his inability to do his job without the support of “the woman I love”. He had been King just 327 days. If he could have just held out another couple of weeks, it would have made a terrific Christmas Special. 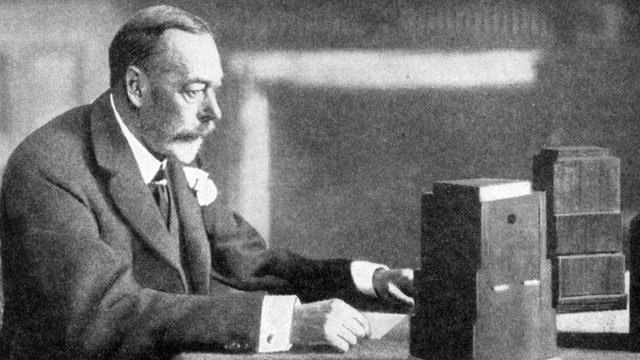 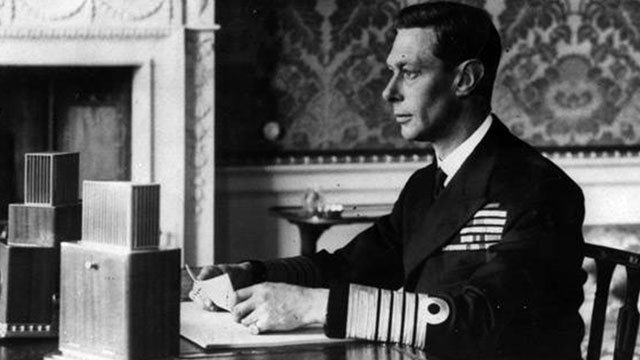 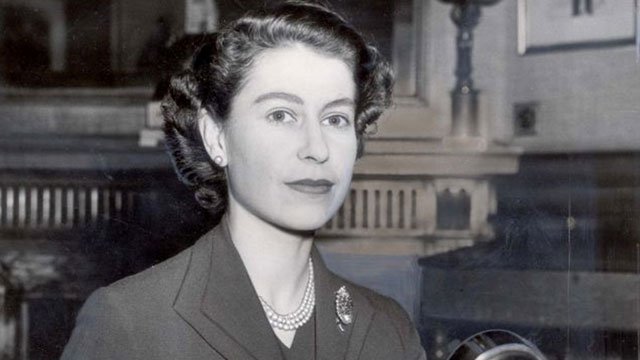 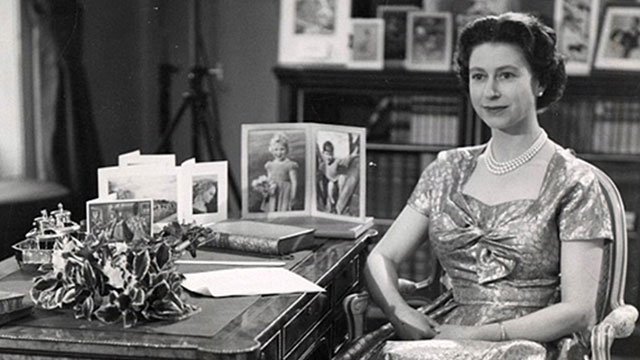 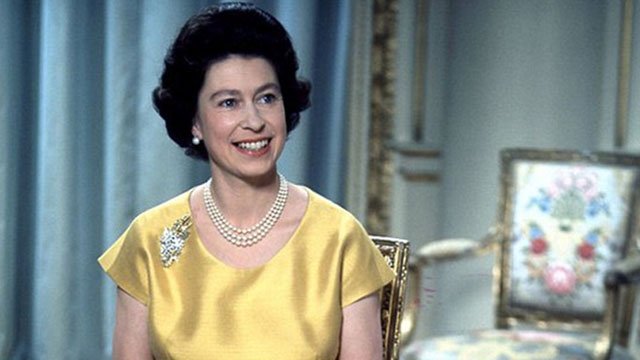 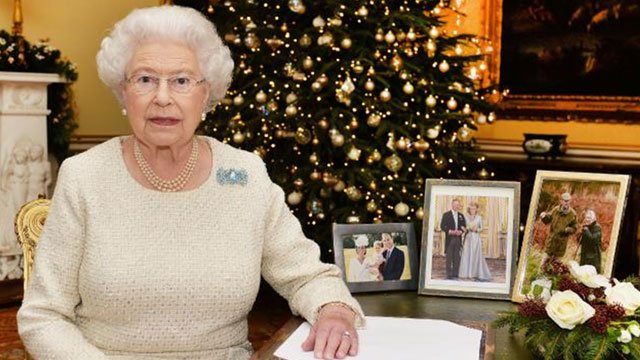 The following Christmas in 1937, Edward’s younger brother, the current Queen’s father, King George VI, delivered his first broadcast. It must have been a nerve racking experience for the King, who suffered from a stutter. His speech impediment was so debilitating that for the entirety of his first nine minute broadcast, he had by his side his Australian speech therapist, Lionel Logue (depicted in the film The King’s Speech by Colin Firth). There was no broadcast the following year, but in 1939, with the onset of World War II, King George took the opportunity to send out a Christmas Day message of reassurance and support to his people. Again Sandringham was the venue for the speech, and although his worldwide audience couldn’t see him, the King dressed in his Admiral of the Fleet uniform.

"A new year is at hand. We cannot tell what it will bring,” said the King. “If it brings peace, how thankful we shall all be. If it brings us continued struggle we shall remain undaunted."

George’s VI’s last Christmas Day broadcast was in 1951 which, owing to him having undergone lung surgery was pre-recorded. He died in Sandringham on February 6, 1952, succeeded by his daughter, Elizabeth. Not only did the new Queen continue the tradition of delivering a Christmas Day message, but she also recorded it at Sandringham using the same desk and chair that her father and his father had used. Not that the audience would have known, given that the broadcasts weren’t yet televised.

The first televised Christmas broadcast was in 1957 and since that day, it has continued uninterrupted, except for 1969, when the BBC re-aired a previously shown documentary about the Royal Family. The public was not amused. So much so that the Queen was compelled to release a statement promising the annual broadcast would return the following year. It so it did. And the year after and the year after that, and so on and so forth. The 2015 broadcast was the Queen’s 63rd message.

No longer is the broadcast live and no longer is it always recorded at Sandringham. Nowadays, the Queen is usually seen at her seasonally decorated Buckingham Palace residence, with footage incorporated into the recording from significant Royal events during the course of the year. Another change is that the BBC now share responsibility for filming and producing the Broadcast, alternating every two years with the commercial broadcast networks, ITN and Sky News.

Here below is the text of the 2015 Queen’s message, or you can view it here:

At this time of year, few sights evoke more feelings of cheer and goodwill than the twinkling lights of a Christmas tree.

The popularity of a tree at Christmas is due in part to my great-great grandparents, Queen Victoria and Prince Albert. After [a touching picture of a tree] was published, many families wanted a Christmas tree of their own, and the custom soon spread.

In 1949, I spent Christmas in Malta as a newly-married naval wife. We have returned to that island over the years, including last month for a meeting of Commonwealth leaders; and this year I met another group of leaders: The Queen's Young Leaders, an inspirational group, each of them a symbol of hope in their own Commonwealth communities.

Gathering round the tree gives us a chance to think about the year ahead -- I am looking forward to a busy 2016, though I have been warned I may have Happy Birthday sung to me more than once or twice. It also allows us to reflect on the year that has passed, as we think of those who are far away or no longer with us. Many people say the first Christmas after losing a loved one is particularly hard. But it’s also a time to remember all that we have to be thankful for.

It is true that the world has had to confront moments of darkness this year, but the Gospel of John contains a verse of great hope, often read at Christmas carol services: "The light shines in the darkness, and the darkness has not overcome it."

One cause for thankfulness this summer was marking seventy years since the end of the Second World War. On VJ Day, we honoured the remaining veterans of that terrible conflict in the Far East, as well as remembering the thousands who never returned. The procession from Horse Guards Parade to Westminster Abbey must have been one of the slowest ever, because so many people wanted to say 'thank you' to them.

At the end of that War, the people of Oslo began sending an annual gift of a Christmas tree for Trafalgar Square. It has five hundred lightbulbs and is enjoyed not just by Christians but by people of all faiths, and of none. At the very top sits a bright star, to represent the Star of Bethlehem.

The custom of topping a tree also goes back to Prince Albert's time. For his family's tree, he chose an angel, helping to remind us that the focus of the Christmas story is on one particular family.

For Joseph and Mary, the circumstances of Jesus's birth -- in a stable – were far from ideal, but worse was to come as the family was forced to flee the country. It’s no surprise that such a human story still captures our imagination and continues to inspire all of us who are Christians, the world over.

Despite being displaced and persecuted throughout his short life, Christ's unchanging message was not one of revenge or violence but simply that we should love one another. Although it is not an easy message to follow, we shouldn't be discouraged; rather, it inspires us to try harder: to be thankful for the people who bring love and happiness into our own lives, and to look for ways of spreading that love to others, whenever and wherever we can.

The customary decorations have changed little in the years since that picture of Victoria and Albert's tree first appeared, although of course electric lights have replaced the candles.

There’s an old saying that “it is better to light a candle than curse the darkness”.

There are millions of people lighting candles of hope in our world today. Christmas is a good time to be thankful for them, and for all that brings light to our lives.

I wish you a very happy Christmas.