There’s a new kid on the block! Princess Charlotte Elizabeth Diana of Cambridge was born Saturday, May 2nd at 8:34am, just 154 minutes after her mother was admitted to the Lindo Wing of St. Mary’s Hospital in Paddington. Although, as reported by the Daily Mail, a team of royal surgeons and physicians were on hand, the baby was delivered naturally by the Duchess’s chosen midwives Arona Ahmed and Jacqui Dunkley-Bent, the latter also having delivered Prince George almost two years earlier. Ahmed would have been involved in that delivery as well had her shift not ended before the birth and she’d had to be replaced by another midwife. This time round the preacher’s daughter from Trinidad was there the entire time, backed up by prayers from her father’s congregation.

Prince William was at his wife’s side throughout the birth, after which he left the hospital to pick up the newly anointed big brother, Prince George. It was a big event for the 22-month-old, as it was the toddler’s first exposure to the British public since the day after his own birth, when he too was carried out onto the same hospital steps and held afore the masses. Cue Lion King theme tune...“Nants ingonyama bagithi...” all together now, ‘it’s the Circle of Life”...

This time 'round, little George stepped confidently out of his dad’s car and stood seemingly enthralled by the sight of the onlookers across the street. Soon he was back in the security of his father’s arms, who showed him how to conduct his first royal wave. A quick peck on the head from his loving dad, and George was whisked through the doors of the hospital to reunite with his mother and meet his new sibling for the very first time. Then the young chap headed back to Kensington Palace for dinner and bed. 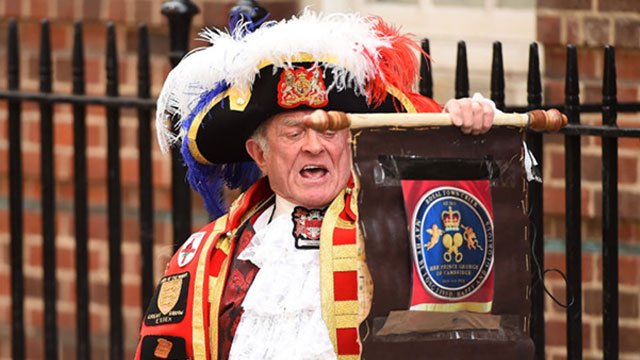 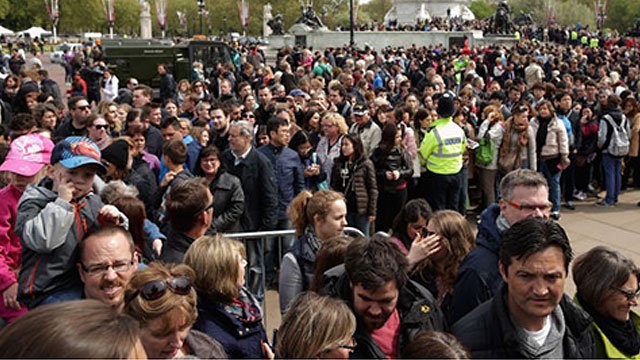 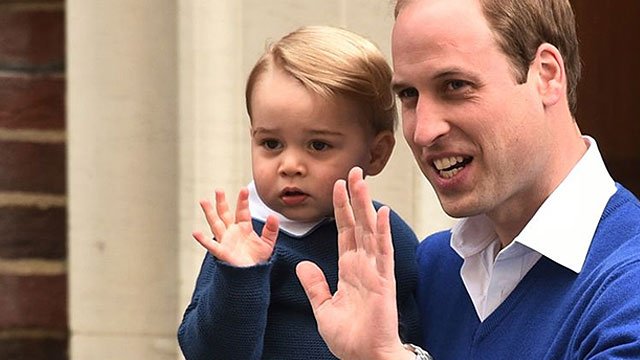 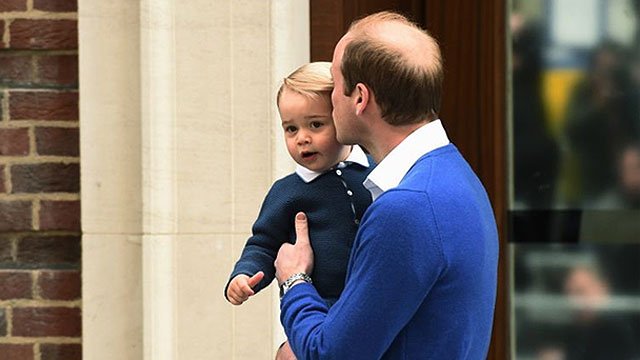 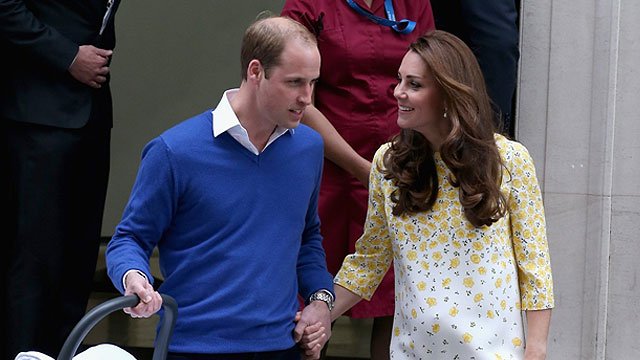 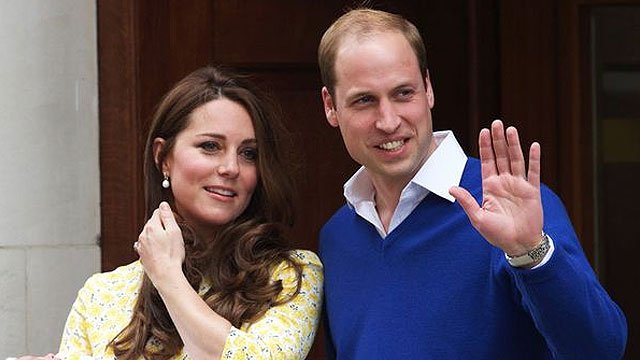 Two hours after her big brother’s visit, George’s 8lb. 3oz little sister made her first public appearance, in the arms of her perfectly coiffed mother, the Duchess of Cambridge, who was accompanied by her husband, on the steps of the hospital. Kate’s appearance with baby Charlotte was welcomed by cheers from the crowd - and gasps from mothers around the world who were no doubt recalling what they looked like just hours after giving birth. Not only did Kate look as fresh as a daisy in her cheery yellow and white floral dress, she was wearing heels! The Cannes Film Festival shoe police would have been proud.

After their appearance, the couple went back inside to say farewell to the maternity staff. Minutes later, The Duke drove his two Princesses out of the hospital through a side gate and headed for Kensington Palace, where the family spent the next few days welcoming family members.

First to arrive on Sunday at 11:30am were Kate’s mother Carole Middleton and sister Pippa, who shares a middle name with her new niece. An hour and a half later Prince Charles and Camilla turned up, followed 45 minutes later by Kate’s father, Michael. Three days after Charlotte was born her great-grandmother, Queen Elizabeth II, stopped by Kensington Palace for half an hour, during which time Prince Charles paid another visit for a "cuddle" with his first granddaughter. England’s favorite Uncle, Prince Harry, was in New Zealand when Charlotte was born and didn’t get to see his first-born niece until her three week-old birthday, when he visited her at Anmer Hall in Norfolk.

Prince William moved his family to the 10-bedroom Georgian mansion, which is on the Queen’s private estate in the village of Sandringham, just a few days after Charlotte’s birth. The home was the Queen’s wedding gift to William and Kate and the couple have spent the last year renovating it - to the tune of a million and a half pounds - in preparation for making it their primary family residence. The family will live there for at least a few years while William works as an air ambulance helicopter pilot.

Princess Charlotte, whose birth shunts Prince Harry from fourth to fifth in line to the throne, is the first British Princess to be born in 25 years. The last was Prince Andrew’s daughter Eugenie. It’s been a whopping 65 years since a princess was born in the main line of succession. That was in 1950, when Princess Anne was born. Unlike Anne though, who had to go to the back of the line on the birth of her two brothers, Princess Charlotte is the beneficiary of a new law which protects her position in the line of succession.

Like Prince Harry, the little Princess now becomes the "spare heir", a none-too flattering nickname which hopefully she’ll get some advice on dealing with from her red-headed uncle. Let’s just hope he warns her that what happens in Vegas doesn’t necessarily stay in Vegas!