Supermarket Shopping in the UK, part 3

Brown Sauce and Custard Tarts. Just two alluringly mysterious food items found on the shelves of a local British supermarket. Yes, that’s right, the shelves. No refrigeration required. The bottles of sauce which are stacked next to the ketchup and other condiments is understandable. The vinegar in it acts as a natural preservative. Its sole mystery lies in the fact that people will actually purchase something with no indication in its name as to what it is. It’s simply ‘brown’. That’s all you need to know. But why then, I have to wonder, isn’t ketchup called ‘Red Sauce’?

The most popular brown sauce is the HP brand, which has been around since 1899 and was named after the Houses of Parliament. Traditionally it’s poured onto such delicacies as steak and kidney pie, shepherd’s pie, or any type of hearty pie for that matter. Baked beans taste better with a glob of brown sauce as does fried bread, sausages, cooked tomatoes and anything else that makes up a hearty British breakfast. Bacon sandwiches with lashings of butter and brown sauce aren’t just yummy, they are also known to ward off a hangover after a night out at the pub. (A bacon sandwich is shown on the Morrison’s Supermarket own brand label – glean from that what you will.) 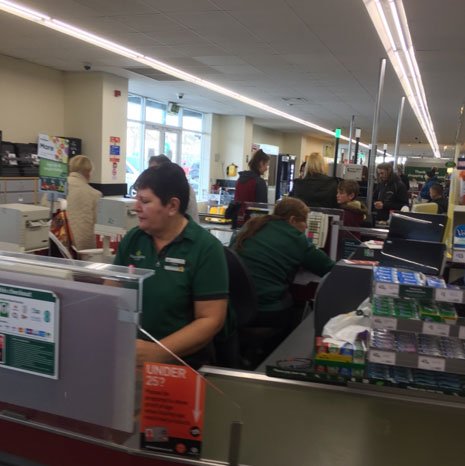 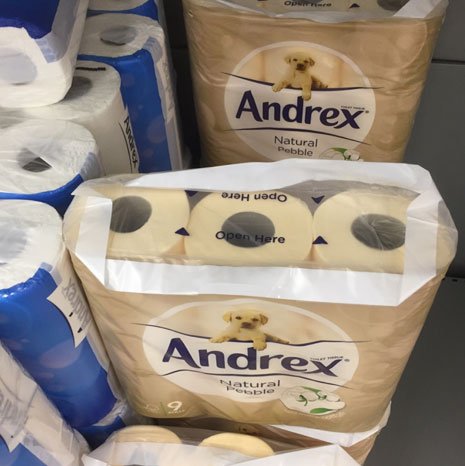 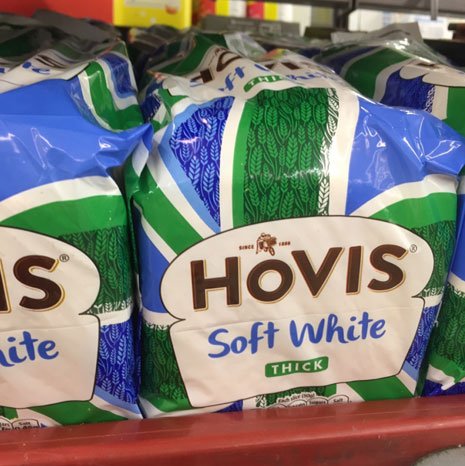 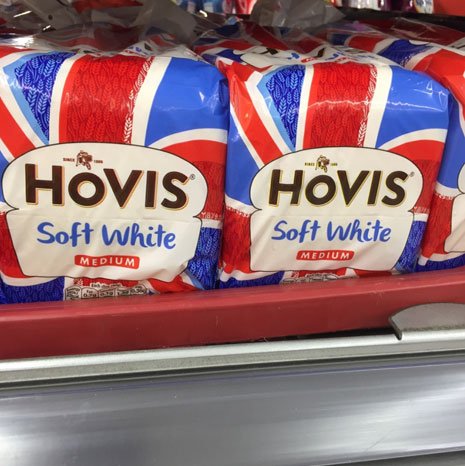 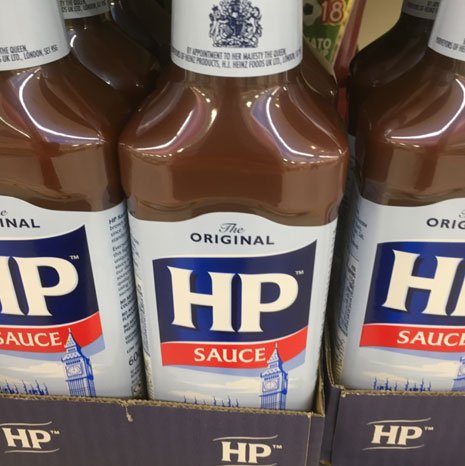 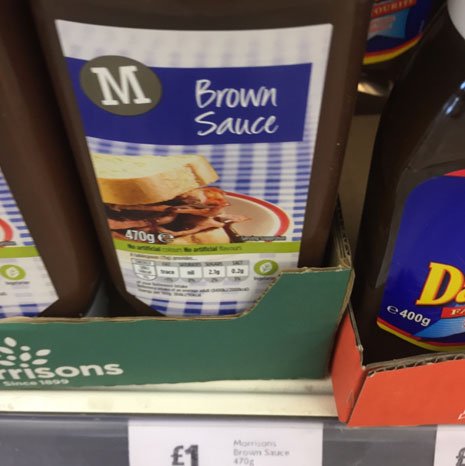 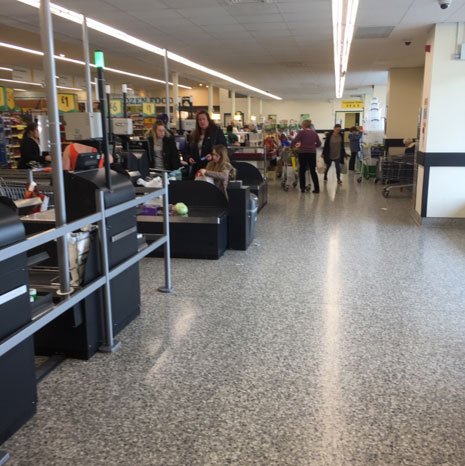 The HP brown sauce recipe is a closely guarded secret. The label lists as its main ingredients tomatoes, vinegar, molasses, sugar, dates, flour, salt, spices and tamarind, all resulting in a taste that is spicy and tart. Talking of which…

Custard tarts are made with real custard, i.e. eggs and milk, and are also kept on the supermarket shelves. Fans of the comedy series As Time Goes By are frequently perplexed as to how Lionel, when he’s feeling in need of a custard tart, can possibly be heading for the cake tin in the cupboard. One would think that something made with eggs and milk would need to be stored in the refrigerator. And they really should. But they are best served at room temperature and have an unrefrigerated shelf-life of a couple of days. And who on earth has the willpower to have a custard tart in the house longer than two days! Mystery solved. 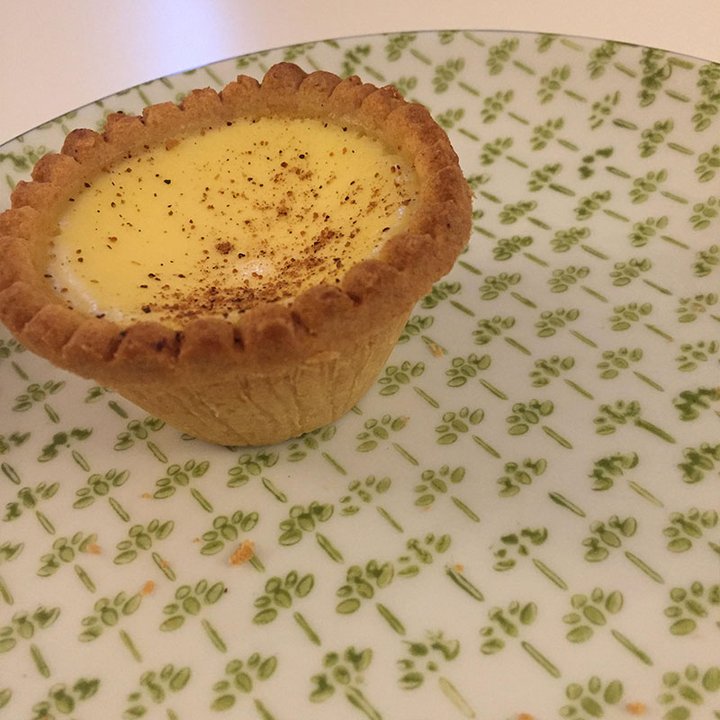 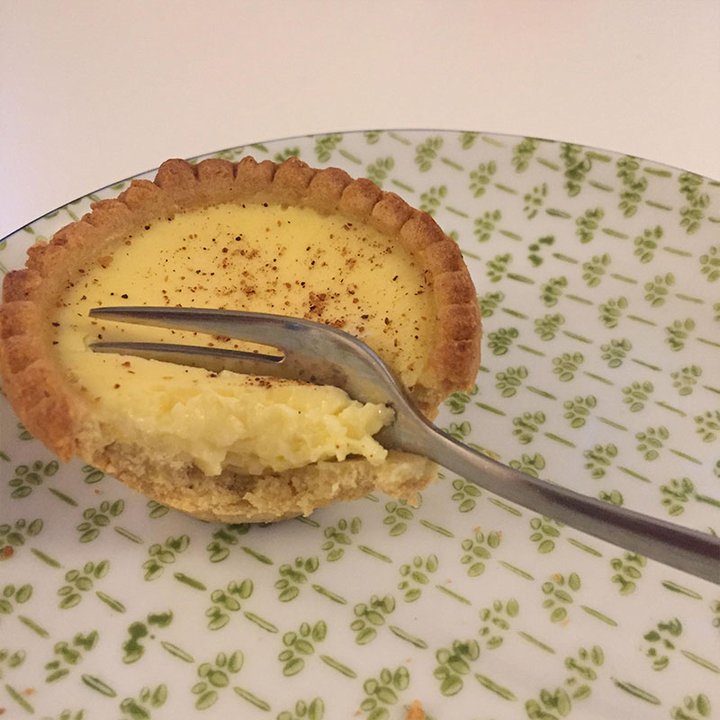 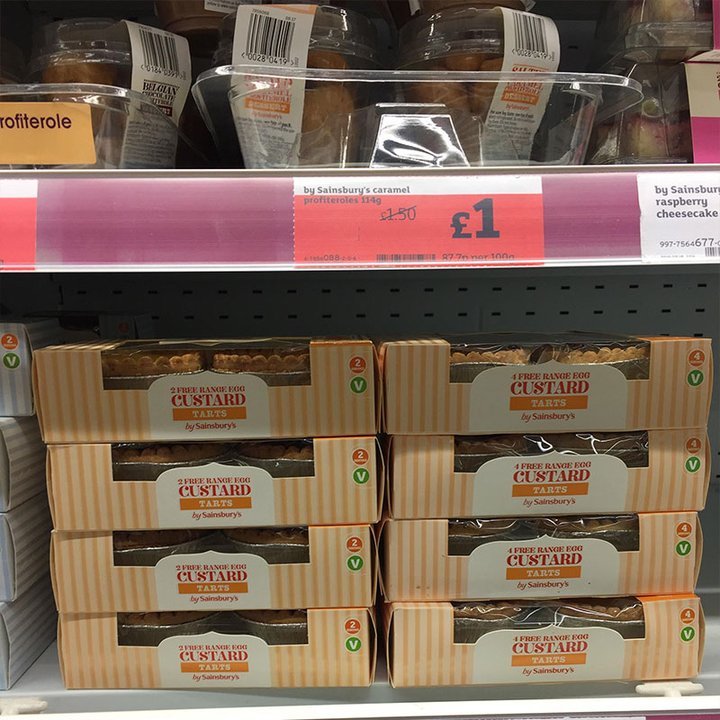 A mystery I couldn’t solve during my springtime UK Supermarket aisle wandering was that of the disappearance of the colorful British toilet paper that used to grace the shelves so cheerfully. Green, pink, blue, lavender; there used to be colors for all bathroom decors and I was eager to bring back a nice spring-like light green. All I could find though was the standard white and a dull beige package, which the makers had chosen to call Natural Pebble. Boring.

What wasn’t a bit boring was the bread shelf. It was a veritable Brexiters delight. Union Jack packaging adorned the shelves and the bread packaging was color coded to describe the loaves’ thickness. The red, white and blue British flag was actually very prominent throughout the store. But only on items that were manufactured in the U.K. Hovis’s bread packaging for instance boasted that it used flour milled from 100% British wheat. It’s all an attempt apparently to encourage people to ‘Buy British’. British lamb, British cheese, etc. All had the Union Jack symbol. It was all so bright. All so cheery. Not the supermarket shopping experience I remembered from 30 years ago.

But then I arrived at the check-out counter. And there they were. The cashiers – lots of them, every single register was manned (or ‘womanned’, as there were no male cashiers) – still seated, still not bagging groceries and not a ‘how are you?’ to be heard. At last I felt I was home.