What a difference a year makes! This time last year, Asda, Britain’s Walmart equivalent, was bemoaning the fact that their sales of Garden Gnomes were half of what they were a decade ago. Now a year on, the superstores’ sales of what was thought to be an endangered species are up 21 percent. In fact, this year alone they sold 92,000 gnomes! It’s not just Asda either. In the couple of weeks leading up to Easter E-bay was reportedly selling 20 gnomes a day and general on-line sales of the kitschiest of garden ornaments were up 42%.

There’s no known reason for the sudden unexpected resurgence in popularity of Garden Gnomes although it could have something to do with their new updated look. Fishing rods have been replaced by selfie-sticks, while in many cases the standard Gnome attire of pointy red hat and vests has been discarded and replaced with shades, shorts and flip-flops. More lady gnomes are also available and there’s even a gnome replica of Queen Elizabeth II. Firemen, princesses, soccer players and gnome superheroes are all expected to be found on Asda’s shelves come summer. Especially popular are the – pardon the oxymoron – "giant" gnomes, which stand 2ft to 3ft tall. 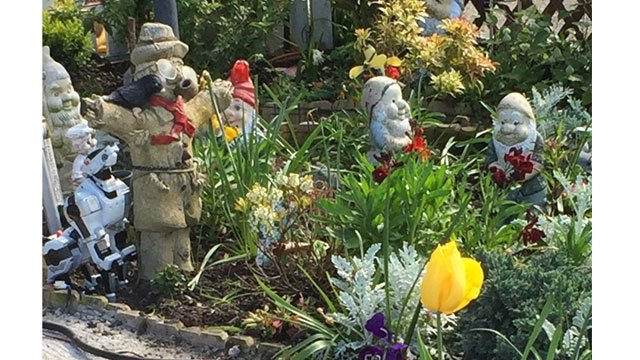 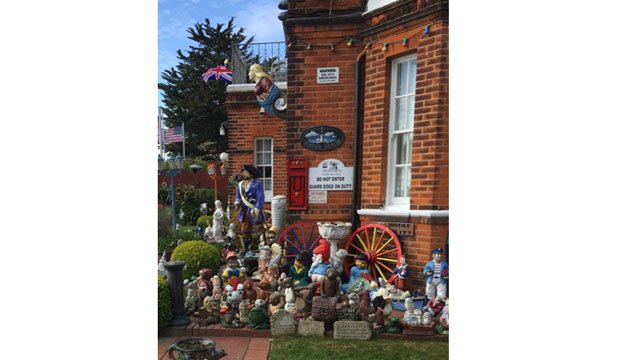 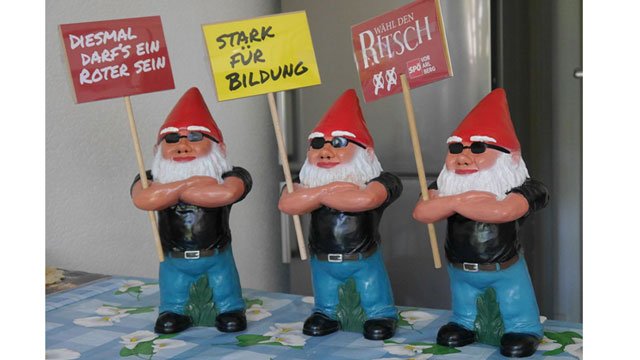 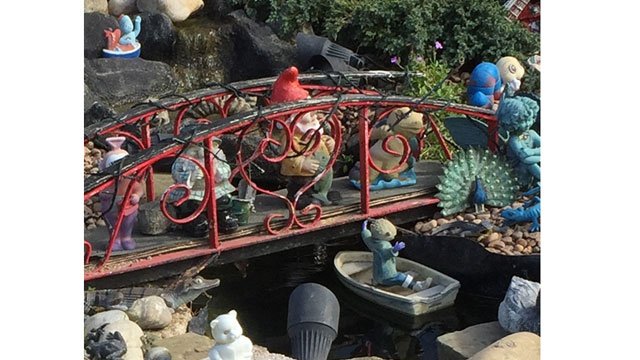 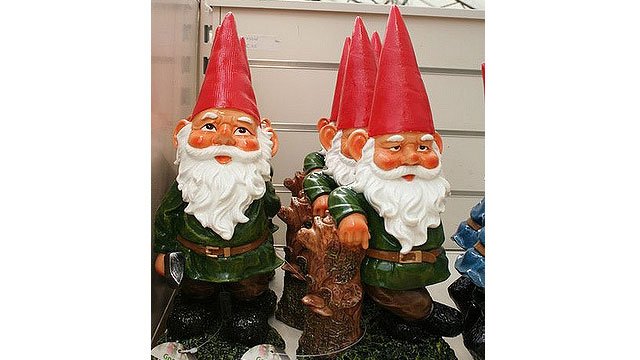 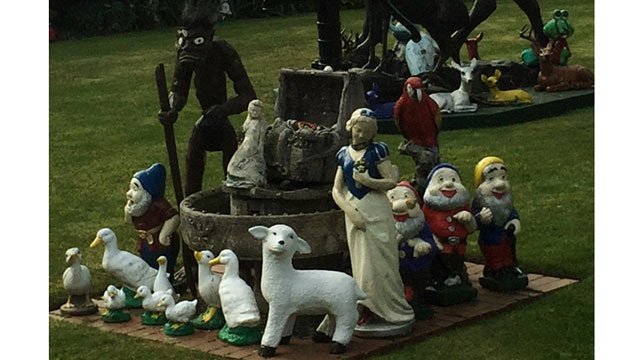 The traditional Garden Gnome was first introduced to Britain by gardener Sir Charles Isham in 1867, when he brought 21 of them over from Germany to install in a rockery in the grounds of his Northamptonshire home. Just like today, Isham’s gnomes had their detractors. Most notably his daughters who eventually got rid of all of their father’s gnomes. At least they thought they had. One somehow managed to stay hidden away and wasn’t found until a decade later. When eventually discovered, "Lampy," as the gnome would be named, became the oldest known garden gnome in the world.

Sir Isham’s daughters might have objected to their father’s gnomes, but it could have been worse. At least they weren’t real life "ornamental hermits" which apparently was the thing to install in a wealthy English garden in the 1800s. The job of a hermit wasn’t a particularly hard one. They just had to be there, doing nothing in particular. But it did come with certain conditions; no speaking to anyone, no washing, hair cutting, or grooming or any kind. Conditions made all the easier by the Hermit’s living accommodation - an unheated, rustic outdoor building with no running water or plumbing.

Sir Charles’s little bearded men proved far more appealing to look at than the Hermits and come the 20th century German factories began producing Garden Gnomes en masse and shipping them overseas. British gardeners - especially in the north of England - were particularly fond of the small cheery-cheeked little guys. Organizers of London’s prestigious Chelsea Flower Show, however, were not as enamored and placed a ban on their use in the annual display. The ban was temporarily lifted in 2013 when the show allowed placement of 100 celebrity decorated gnomes which were later auctioned off for charity.