Supermarket Shopping in the UK, part 2

Now where was I? Ah, yes, wandering the British Aisles – of Morrison’s supermarket that is.

Sausage rolls! Pork Pies! Steak and Kidney Pies! Scotch Eggs! All four are my favorites and all were to be found right at the end of the fruit and veg aisle! How could I resist?! I didn’t. Although my dash to reach them was slowed slightly when I came across ‘wonky parsnips’. At first I thought it was a new fad type of hybrid veg, but it turns out, ‘wonky’ is just the polite – because the British are nothing if not polite - way of saying ‘odd’. As in oddly shaped, or oddly sized. Turns out, there’s also ‘wonky’ carrots, potatoes, onions, cabbage and swedes and all on offer at discounted prices. It’s the supermarkets’ attempts to cut down on the large amount of food that is wasted just because it “doesn’t look right”. 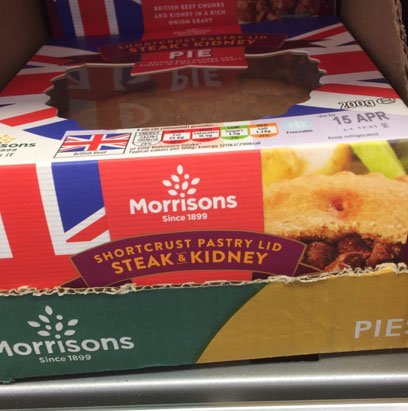 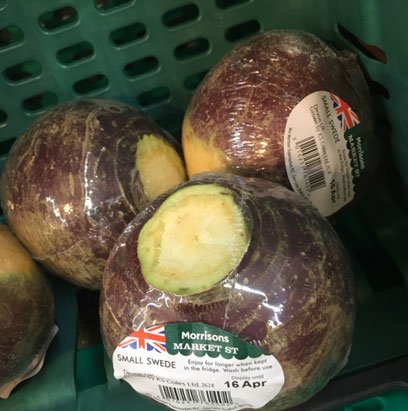 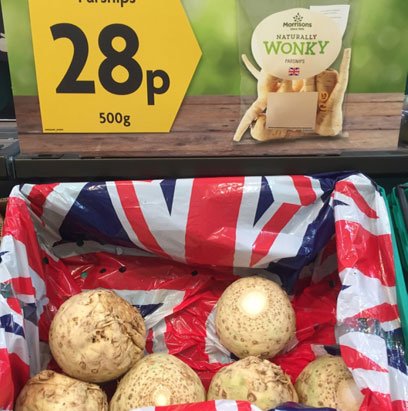 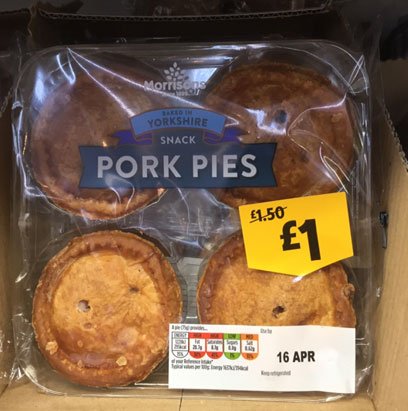 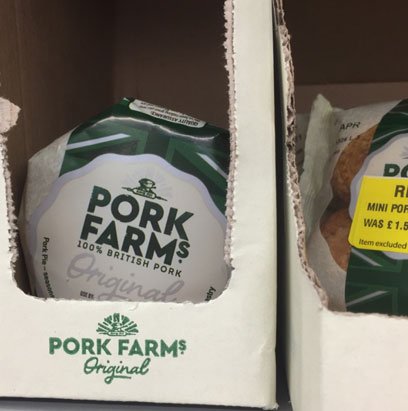 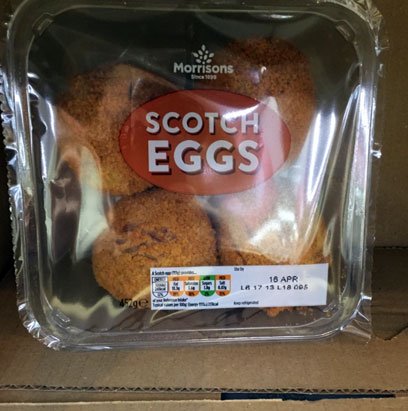 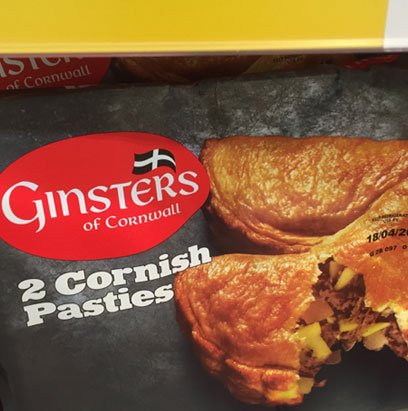 If only the supermarkets would also cut down on the amount of packaging they use in which to wrap the fruit and vegetables. Loose items are few and far between. I’m not just talking about bags of lettuce or spinach. Apples, oranges, pears, potatoes, just about everything is all neatly wrapped in packages of two or three. From what I can gather, the amount of plastic being generated by UK supermarkets has reached such huge proportions, that earlier this year the Government put forth a proposal to introduce plastic-free aisles. I’m sure that’d be perfectly fine with British supermarket shoppers - if only the pre-packed items weren’t a lot cheaper than the loose items.

Another thing I found peculiar was the fact that organic mushrooms only seem to be available in non-recyclable poly wrap. As opposed to the non-organic mushrooms which are in small cardboard containers that can be composted. Now that’s what I call ‘wonky’.

Enough of fruit and veg though, let’s get back to what’s important. Pork Pies!! If you’re not familiar with this, the most common of British snack foods, it’s basically chopped pork and pork jelly, encased in a round shaped, hot water crust pastry. And it’s delicious. Especially the Melton Mowbray variety. Melton Mowbray is a town in the north of England famous for its pork pies. (Stilton cheese also hails from the same vicinity). Melton Mowbray pork pies though are so well thought of that in order to prevent any old manufacturer labelling their pies ‘Melton Mowbray’, protection was granted in 2008 that only pies made within a designated zone around Melton and using the traditional recipe be allowed to carry the 'Melton Mowbray'” name on their packaging.

‘Scotch’ eggs on the other hand, which can be found everywhere – supermarkets, corner shops, gas stations, pubs – are not in need of protected status because despite their name, they are not from Scotland. “Scotch” is actually an abbreviation of the word “scotched”, which means to crush, which is what one does with the sausage meat that is wrapped around the egg, prior to the breadcrumbs being applied. They are soooooo tasty. Especially when served with brown sauce - which I’ll have more on next month, as I continue to take you on my journey through the British Aisles.