If this essay is a tad tardy, blame it on my neighbors. Their Halloween decorations have become more and more elaborate as they attempt to not just keep up with the Joneses’, but to outdo their social media "friends". Friends they barely know. Friends of friends they’ve never met, but whose creative talents are plastered all over Facebook, providing a daily challenge to one-up, or at least match, them in their display of over-the-top outdoor trimmings.

This year, with a half empty nest and a little more time on my hands, I decided to up my game and festoon our house American-style. It took me a good part of a month, but it was worth the effort, as our eldest, now living in England, video called us the afternoon of October 31st, begging to see some Halloween decor. Contrary to what I’d heard, it seems that England has still not jumped on the Halloween bandwagon, because as of 8pm GMT she had yet to see a single pumpkin, let alone a strand of orange lights, or an inflatable Count Dracula. 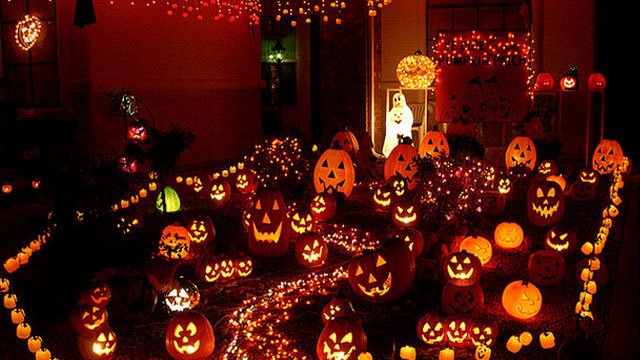 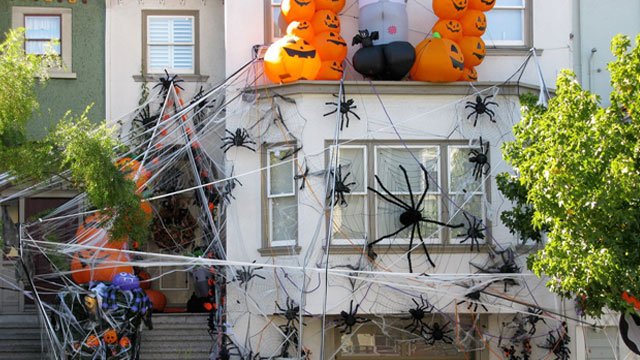 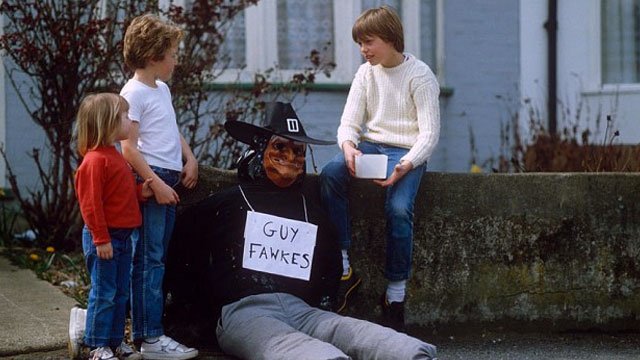 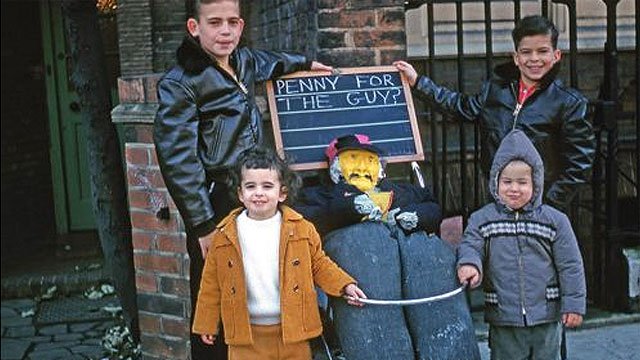 Looking back to my own childhood in England, the nearest I ever came to putting up a Halloween decoration was the one that adorned my head when I was nine; a magnificent cardboard witch’s hat I made in school, painted with layers of tough black shiny – no doubt leaded – paint. Not a ghoul in sight and certainly no need for a costume – handmade or store bought – as trick-or-treating didn’t exist in the U.K. – at least not back then. Instead we spent the week of Halloween loitering on street corners with our stuffed Guy Fawkes’, begging for pennies so we could purchase fireworks for Bonfire Night. “A penny for the Guy” went the chant and you could do quite well, providing your dad didn’t dismantle said Guy when he found out you’d stuffed his one and only pair of work trousers with straw and were preparing to set them alight come November 5th.

That of course was before the ‘elf and safety folk came along and back garden bonfires and little children let loose with fireworks were deemed hazardous. Towns were encouraged to hold community events, with the bonfires being roped off and the fireworks handled only by the officials in charge. With the thrill taken out of Bonfire Night, enterprising folk turned to Halloween to fill the gap. Instead of dressing up a Guy and begging for pennies on the street, they’d costume themselves and/or their kids and go knocking on doors.

The British have always enjoyed dressing up – think House of Lords, Beefeaters, Pearly Kings & Queens, Morris Dancers and my old pal Don Wilkins who could never pass a standard lamp without seizing the opportunity to use its tasseled lampshade as a hat – so they got the costume part down pretty fast, but their trick-or-treat skills still need some work.

First off, the words are “trick-or-treat’, not “Merry Halloween”. Then – and this is very important – you have to remember the only trick is that it’s a trick question. If you are not given a treat, or if the homeowner stays cowed in their back room, refusing to answer the door, you are not obliged to egg and flour the house, pull up the plants, or throw the garden gnomes down the miniature wishing well. So often were the British Bobbies being called out to respond to reports of vandalism on Halloween night that they now provide “no trick or treating” posters for people to attach to their windows. You might just as well stick up a “Grinch Lives Here” sign and go out and purchase new lawn ornaments to replace the ones you’re about to lose.

I have a different suggestion. Provide pumpkins, strings of orange lights and glow in the dark spiders to those householders who have no objection to being called on. It’ll soon catch on. Before long the Halloween candy freeloaders will figure out whose driveways are worth walking down and whose aren’t worth breaking an ankle for, as they stumble along the path in the dark in their clown shoes or Queen Elsa of Arendelle blue plastic slip-ons. Which reminds me, does anyone know where I can get a deal on 16’ inflatable plastic snow globe?