Call the Midwife returns to MPT, Sunday April 3rd at 8pm and not a moment too soon, eh?! The series has now moved into the "Swinging Sixties" and it is 1961.

Although the series producers have managed to perfectly replicate the era in which the series is set, the one thing they couldn't do was film in the area of London it takes place; Poplar. The East End home of Call the Midwife author Jennifer Worth has changed so much over the years that exterior shots had to be filmed in the historic dockyard at Chatham in Kent, a town just outside of London.

Call the Midwife is one of several television series that have been filmed in Chatham’s old royal dockyard. It also featured in Downton Abbey, Foyles War, Mr. Selfridge, and in the Masterpieces Oliver Twist, Vanity Fair and Our Mutual Friend. One of the things that makes it so appealing to filming scouts is that while it is no longer a real dockyard, its buildings and streets have been preserved as a public museum and visitor attraction, thereby providing a picture perfect backdrop to television shows set in another era. 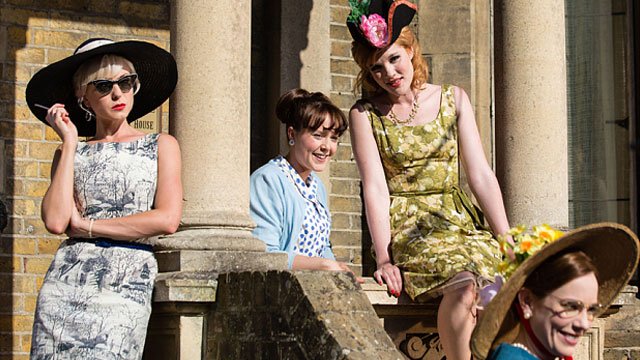 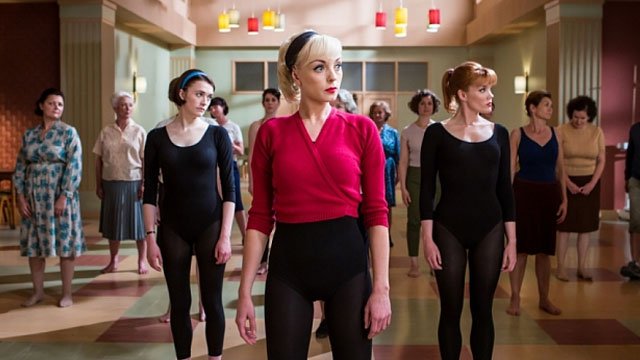 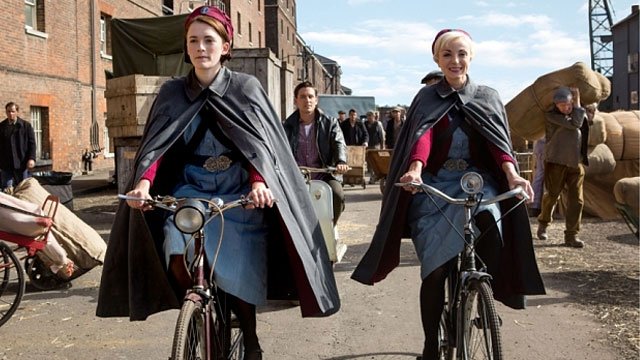 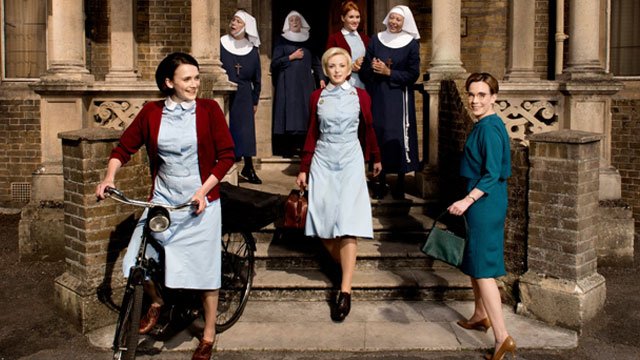 Filming outdoors in Chatham is a treat for the Call the Midwife cast. Normally they spend October through March cooped up in a television studio in Surrey. Once in Chatham though they are able to hop on their bicycles and take to the streets. Since Call the Midwife first arrived on television screens in the U.K. in 2012, Britain’s largest bike retailer, Halford’s, reports that sales of the retro looking Pendleton bicycle, have gone through the roof. For the cyclists among you, you might be interested to know that the bicycles used in the series are Triumphs and Phillips original models.

Call the Midwife can also take credit for the surging interest in midwifery, something no one could have predicted before the series got underway. In fact the entire success of the show has come as a big surprise, especially to cast member Jenny Agutter who plays Sister Julienne. The actress reportedly initially wondered if a series about midwives and nuns in London’s impoverished East End in the 1950s would appeal to modern day viewers. She has, of course, been proven wrong and we’re now not only on the fifth series of the show, but we can also look forward to another series in 2017!

Much of the focus of the current series is about the "wonder drug" Thalidomide; a medication given to pregnant women in the early 1960s to cure morning sickness, headaches and insomnia. Sadly, the drug had devastating effects. You’ll learn more about it over the coming weeks, curtesy of Call the Midwife, Sundays at 8pm on MPT.