How did you enjoy Grantchester? The Sunday night Masterpiece series starring Robson Green and James Norton wrapped up last night.

Norton, who plays the 1950s bike riding vicar, has been capturing the attention of British telly viewers the last four years or so with compelling-to-watch performances in War & Peace, Lady Chatterly’s Lover, Happy Valley and now Grantchester. Raised in Malton, North Yorkshire, Norton attended Ampleforth, in York. Norton credits the $50,000 plus a year private Catholic boarding school for encouraging him in his love of performing. When Norton was there it was an all-boys school and seeing as he was fairly slight in stature, he used to always seem to get cast in the female roles. They did though give him an opportunity to get an insight into life in the theatre through a work experience opportunity at a theatre in Scarborough when he was 15, which further encouraged his acting aspirations.

From Ampleforth, Norton headed south, to Cambridge, where although he was there to study theology, he reportedly spent most of his time acting. As he told the Yorkshire Post a couple of years ago, “it was a case of a bit of learning, with a lot of acting thrown in”. Despite that, Norton managed to leave with a first class honors degree in theology. As well as acting – he appeared in 11 plays during his first year – Norton also founded a travelling theatre company, Backpact, and in the summer of 2006, he and a handful of actors, travelled to Nepal and North India, to teach and perform for children in sixteen schools. Norton described the experience as being exhausting, but some of the most rewarding days of his life.

After leaving Cambridge, Norton attended the Royal Academy of Dramatic Art (RADA). He left six months short of his graduation date to take an acting job and his feet have hardly touched the ground since. Right now, Norton is currently back on stage, after a four year absence, appearing as a softly spoken charmer in the play Bug, at a small 130 seat theatre in Charring Cross.

The play also stars Kate Fleetwood (The Widower) and Daisy Lewis, who played school teacher Sarah Bunting in Downton Abbey. All of the actors play Americans and according to a friend of mine who recently saw the play, they do a very good job with the accent. My friend thoroughly enjoyed the show and reported that as soon as Norton stepped onto the stage “there was a soft, but audible ‘ahhh’ sound”. Given the intimacy of the theatre it’s not surprising that my friend also heard several women in the audience during intermission swooning over the fact that they were so close they wanted to reach out and touch him!

At the bar, after the play 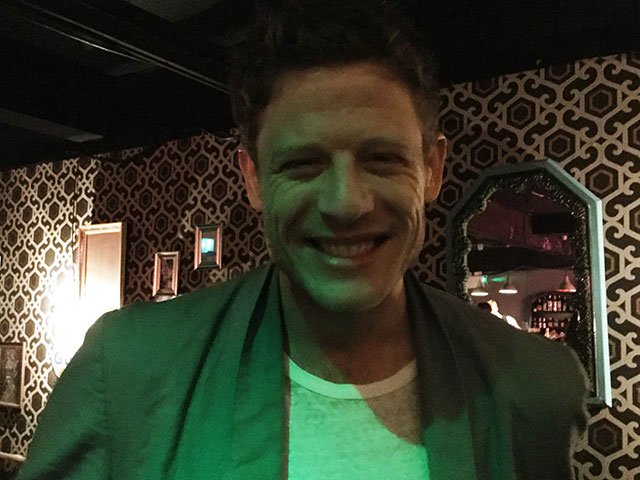 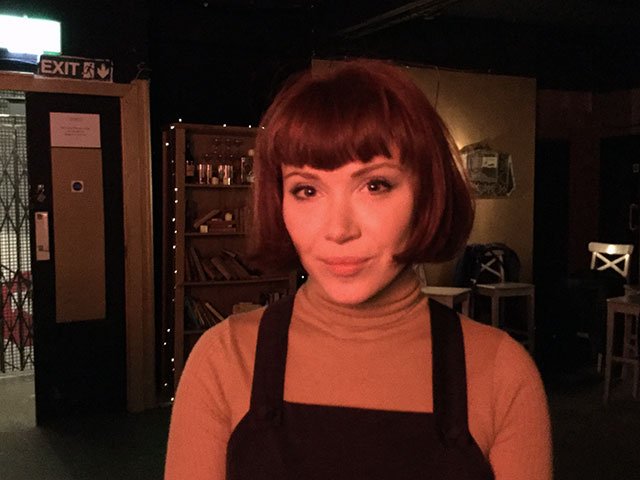 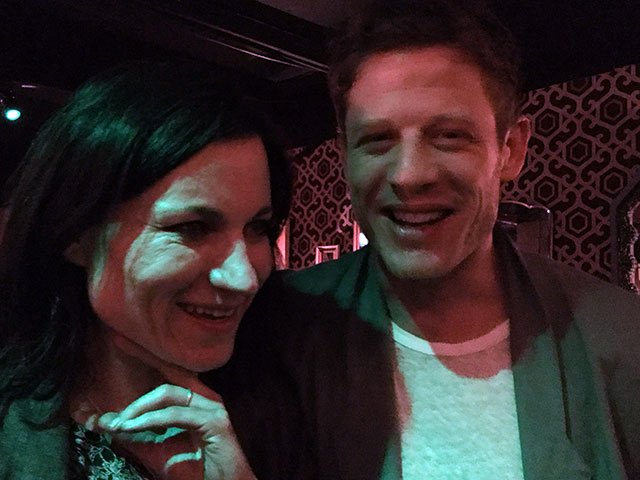 After the show Norton and the cast retired to the theatre bar, where my friend got chatting with them and asked if she could take some photos to share with MPT viewers. They happily obliged and my friend reported that Norton, who she said was “really nice and friendly”, told her that he may be doing a film soon. As well as looking forward to that, other good news for James Norton fans is that it was recently announced that there will be a third series of Grantchester. It probably won’t air over here until next year, but we’ll let you know as soon as we have more details.

In the meantime, here’s a video interview Norton gave to PBS.

Replacing Grantchester on Sunday evenings at 9pm is Wallander, starring Kenneth Branagh in the title role. Season 4 starts May 8th and is a Masterpiece presentation.