It’s not hard to figure out to whom British actress Ruby Bentall, who plays Minnie in Lark Rise to Candleford, Pauline in The Paradise and Verity in Poldark, is related – the resemblance to her mother, Janine Duvitski, is remarkable. Janine of course is better known to MPT viewers as Jane in Waiting for God and Pippa in One Foot in the Grave.

Bentall’s father, Paul, is also an actor, but Ruby is the only one of the family’s four children to follow in her parents’ footsteps. Her two older half-siblings from her father’s first marriage, are Jack and Albert. Her younger sister, Edith, is a musician, who performs under the name “Edit Violet”.

Despite her family connections, Ruby’s foray into the acting profession didn’t come easily. She’d wanted to become an actress since she was five, but she failed to get into drama school. Instead she took a regular job working in a café at a garden center in Surrey. The following year she applied to drama school again and still didn’t get in. Not to be dissuaded from her career of choice, Ruby started to audition and with the help of her mother’s agent was cast in two short plays at the National Theatre.

When she was 20, Bentall was cast as Minnie, the hapless maid, in Lark Rise. The Paradise followed, and most recently, Poldark. 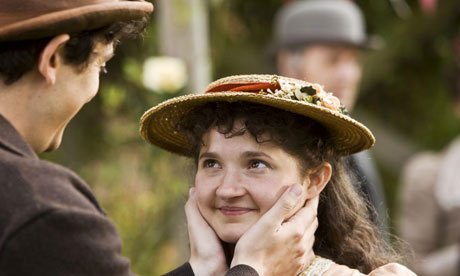 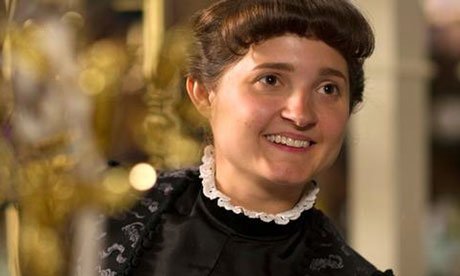 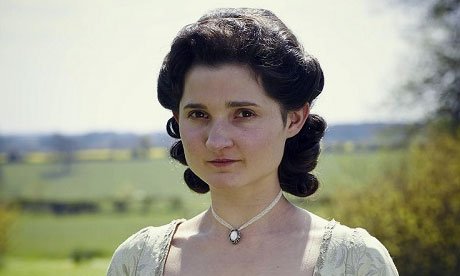 "I seem to have the pain of corsets in all my roles”, says the actress. “You can see why women couldn't do anything in those days because everything was such hard work – walking upstairs, lying down, eating! You look nice but it is so impractical.”

Ruby was also not particularly fond of having to ride side-saddle, despite having ridden a lot as a child, when the family lived in Richmond.

"Riding side-saddle was really hard”, said Ruby, “as you have no support, you can't grip with your legs as they are just lying there! How women used to go hunting and jumping I don't know – practice I suppose.”

Getting to spend time in Cornwall, where Poldark was filmed, more than made up for the corsets. Every day Ruby would go swimming in the sea and on the rare day off she’d go for a long hike along the cliffs in Treglos, or to St. Michael’s Mount in Penzance.

As well as television, the 27-year-old Bentall has continued to appear on stage and is particularly fond of the National Theatre, as it’s where her parents met when they were performing together.