And it’s a wrap! The cast of Downton Abbey recently filmed their very last scenes of the series that is beloved the world over.

For actress Laura Carmichael, who plays Lady Edith, saying goodbye to the castle was an odd experience. As she explained to Entertainment Weekly, “it felt like, for a split second, it wasn’t our home anymore — and, of course, it never was our home, but it felt like it. As soon as they said ‘cut’ on that day, you realized it was just pretend. It was very emotional; we didn’t want to leave.”

The cast gathers at the Savoy in London for a read-through of Season 6. 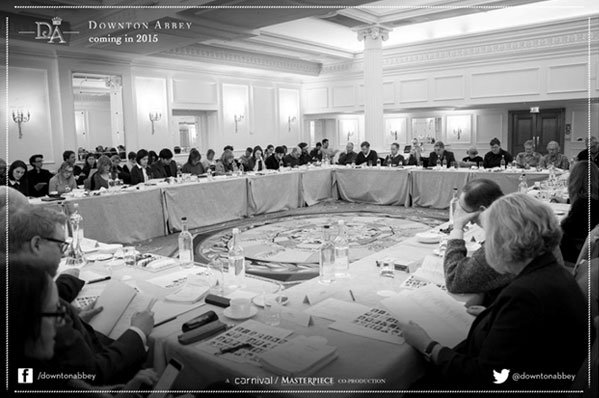 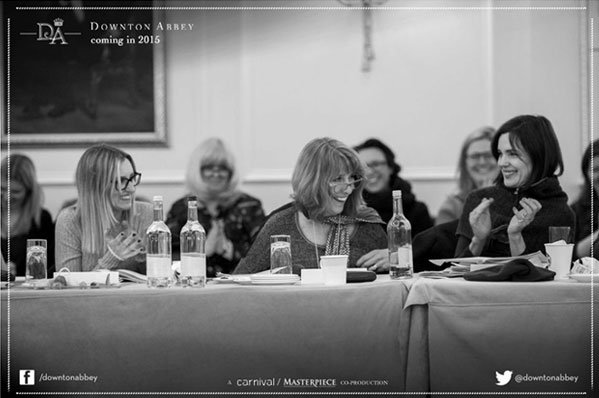 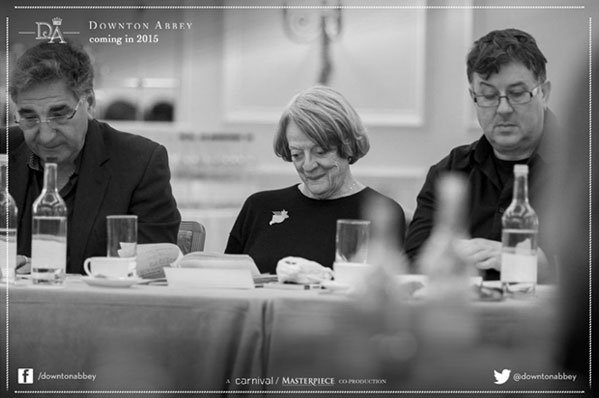 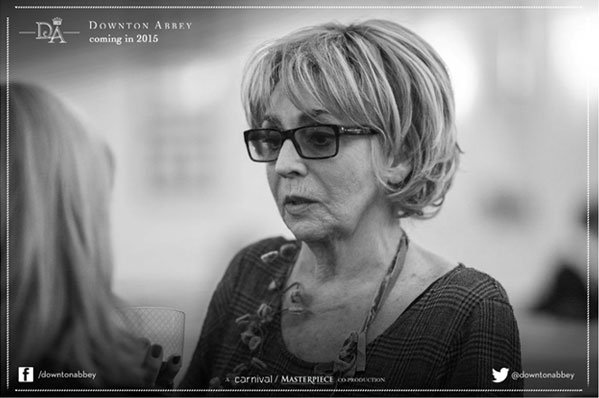 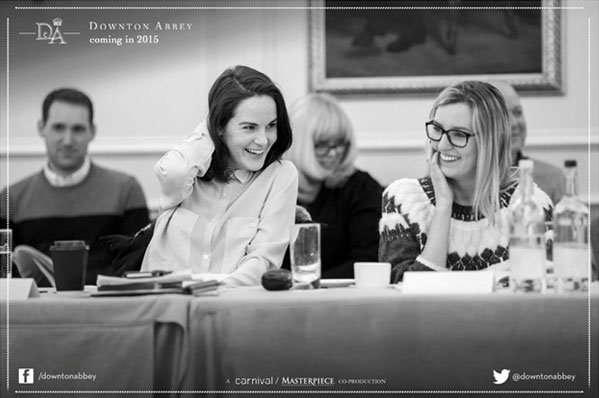 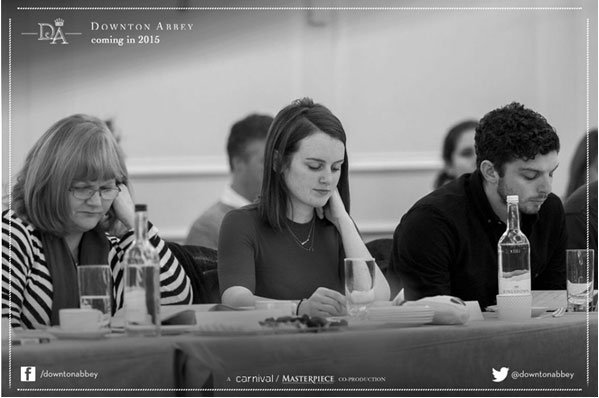 At a recent gathering of the cast in Hollywood to promote the sixth and final season, they were asked what they would miss most about their time in Downton. Phyllis Logan, who plays Mrs. Hughes, said she’d like to keep the Downton set’s floral arrangements. While Elizabeth McGovern, who plays Cora, said it was the peaceful time period of the story that she would miss. The 1920s, however, is something that Joanne Froggett, who plays Anna, will most definitely not miss, because of the lack of opportunities for women.

Another thing that won’t be missed is having to film in the heavy period clothes during the hot days of summer. No matter how hot the weather gets, cast members have to wear full costumes, including corsets, and are not allowed to loosen items to keep cool. It’s not just the actors who tend to smell – the food used in the dining room scenes often goes off during the 12 hour days of filming.

Downton’s co-creator Gareth Neame revealed during the Hollywood gathering that fresh salmon is brought in at seven thirty in the morning and they are still on the scene at 6 o’clock in the evening. Sometimes the stench is so bad that the real fish dishes have to be replaced with fake versions. For the last series, the fish has been replaced by cream cheese bouillabaisse made to look like fish.

All of the cast members present did agree on one thing they’d miss – each other and the crew.

Although season six, which is set in 1925, will be the final series of Downton Abbey, writer-producer Julian Fellowes is hoping that there will be an opportunity to extend the storyline to the end of the 1920s with a Downton film. Before you get your hopes up, Fellowes was quick to point out that there are no firm plans at this time and no scripts have as yet been written.

The sixth and final season of Downton Abbey premieres here in the U.S. on January 3, 2016.