If you’re a regular reader of Tea Time Tidbits you’ll know that many of the actors who grace our screens during Afternoon Tea started out as stage actors, having been classically trained. An exception was Arthur English, who plays Mr. Harman in Are You Being Served?.

English, despite his wonderful authentic sounding cockney accent, was born in Aldershot, Hampshire in 1919. After World War II, where he served as a sergeant in the army, he returned to Aldershot and worked as a painter and decorator during the day, while at night he performed his comedy routine for locals. He didn’t turn professional until he was 30, when he hopped on a train for a day trip to London to audition at the sensational Windmill Theatre. 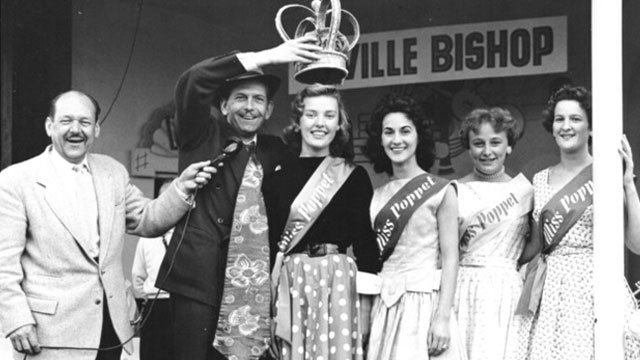 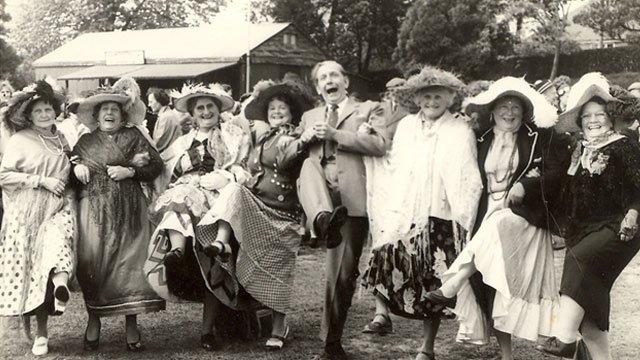 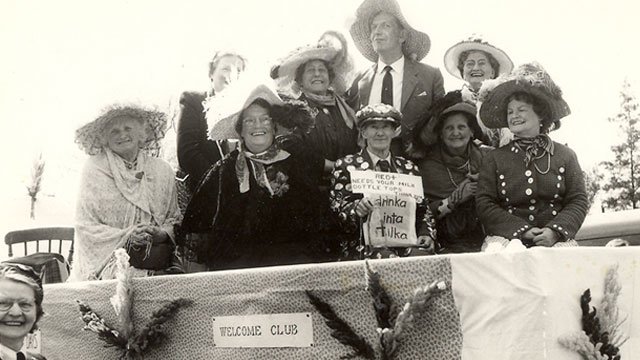 The Windmill was known primarily for its near-naked dancing girls, but it also spawned some of Britain’s most talented post-war comedians, such as Benny Hill, Jimmy Edwards, Peter Sellers, Harry Secombe and Tony Hancock. English’s audition act was a hit and by that afternoon he was the star comedian of the theatre’s daily variety show, Revuedeville. The next morning, the Daily Express newspaper announced “A star is born!” and that was the end of English’s job as a painter and decorator. Instead, he became the Windmill’s resident comedian, performing six shows a day.

English had written his own act and he continued to refine it when he began his next job, working for the BBC radio series, Variety Bandbox, where he portrayed a radio version of the character that had gone down so well at the Windmill; a thin-mustached, wide-tie wearing “spiv” (a petty criminal dealing in the sale of illicit goods, which in post-war England were many as goods were still being rationed). English’s long wide ties were made by his wife Ivey out of garish curtain material. They came down to his knees and although the Variety Bandbox producer disapproved of visual jokes on his radio series, one of the show’s biggest laughs came the time English unbuttoned his jacket, from out of which rolled a huge flowery tie which came down to his knees. “Keeps me knees warm in winter!” quipped English, much to the delight of the studio audience. Along with the ties, English’s extra-wide shouldered suits were also made to elicit laughs, and the audience loved it when English told them “I ‘ad to come in the swing door sideways.”

It wasn’t until the 1970s that English would start to appear on television, with his role of maintenance man Mr. Harman in Are You Being Served? being the most memorable. His last television role was that of a newspaper seller in an episode of Magnum PI in 1985.

English and his wife Ivy had two children, Ann and Anthony. Ivy passed away in 1975 and in 1977 he married Teresa Mann, a 22-year-old dancer the comedian had met when they were both performing in pantomime in Wimbledon. Their daughter, Clare-Louise, was born in 1981 and John Inman and comedian Jack Douglas, star of the Carry On films, were named as godparents. The marriage didn’t last. English’s daughter would grow up to become an actress, training at first LAMDA and then RADA from where she got her Masters Degree in acting in 2012.

English died in 1995 due to complications from emphysema. His remains were interred with those of his first wife, Ivy, in a plot at The Park Crematorium in Aldershot.