One of the most frequently asked questions I receive is about Father Brown – more specifically whether Lady Felicia and her chauffeur Sid will be returning to the show.

Until now, I’ve been unable to ascertain whether the pair will be in series six, which wrapped up filming this past summer. I recently discovered, however, that both Lady Felicia and Sid will indeed be appearing in this year’s Christmas Special, scheduled to air in the U.K. later this month.

In announcing the Christmas Special, the BBC were careful to say that Lady Felicia and Sid were "visiting" from Northern Rhodesia. The fact they didn’t say they were "returning" leads me to suspect that the pair won’t be appearing in the new season, which will air in the U.K. starting in January. There’s also no word yet as to when the new series will air this side of the pond. Hopefully we won’t have to wait too long. 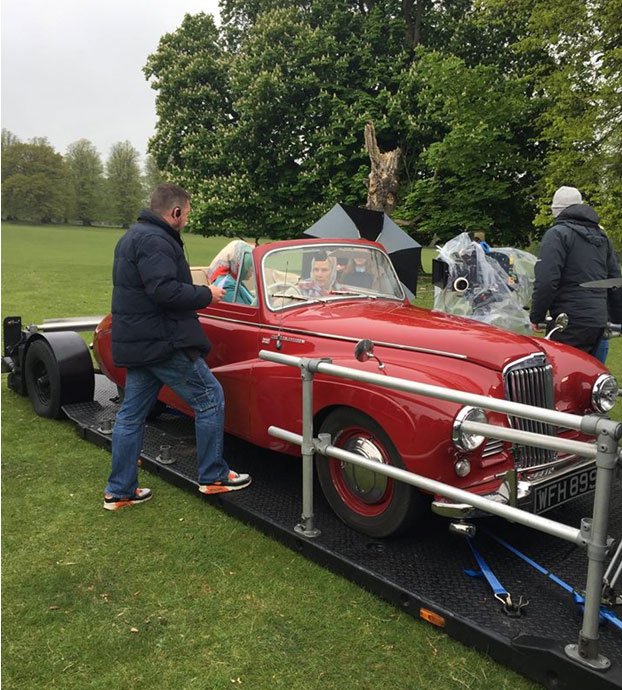 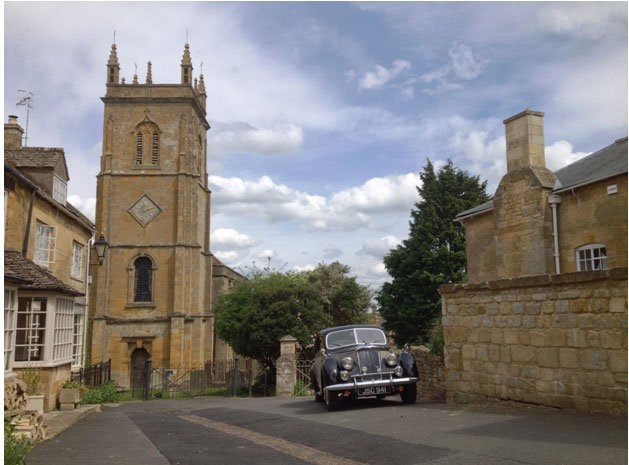 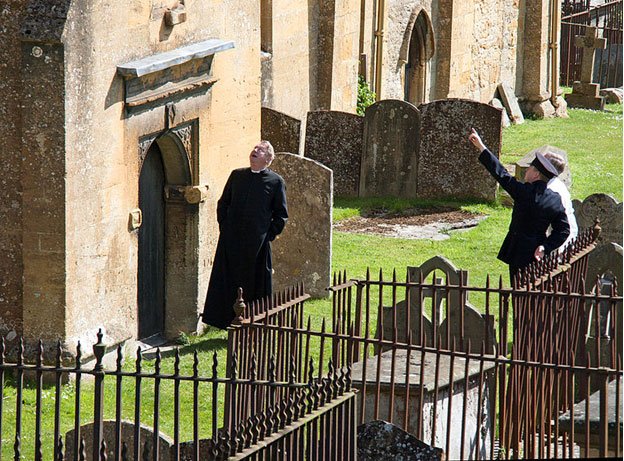 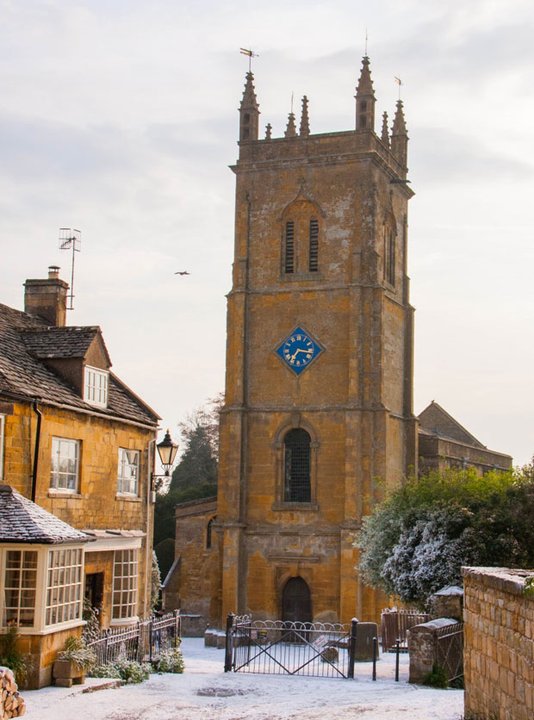 Meanwhile Nancy Carroll continues to perform on stage in London through New Year’s Eve, in a play called Young Marx. The play also stars Rory Kinnear. You don’t have to travel to the UK to see it, as it will be broadcast live to movie theatres around the world on December 7th. To find out more: click here.

Alex Price on the other hand seems to be taking a break before gearing up to appear on Broadway in Harry Potter and the Cursed Child, where he will play Draco Malfoy.

New York City is the polar opposite of the scenic Cotswold villages where Father Brown is filmed. The village of Blockley in Gloucestershire is home to the St. Peter and St. Paul Church, which dates back to Norman times and is known as St. Mary’s Roman Catholic Church in the series. For a number of years the main interior locations for Father Brown were filmed in a disused hospital in Moreton-in-the-Marsh. The police station counter was directly in front of the hospital door, with Father Brown’s kitchen, study and presbytery were in the main body of the old hospital. In one episode the old hospital was even turned into a hospital!